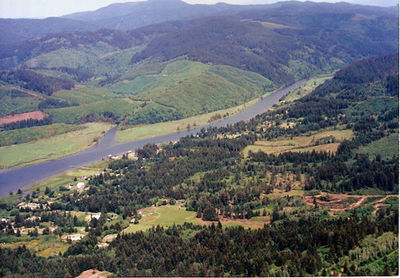 The Port District was formed in 1910 and includes the communities of Waldport, Yachats and Tidewater. The Port holds land in public trust throughout much of the Alsea estuary up to mean high tide, as surveyed in 1912.

Crabbing is among the best in the state, and the bay also offers excellent salmon fishing and clamming.   Public docks for crabbing, fishing, and moorage, a launch ramp, Robinson Park and picnic area, are among the facilities available in the Port area.  Many private marinas along the river provide similar services.

Alsea Bay and River have over 50,000 user days by boaters annually, according to BOATING IN OREGON, Results of the 1999 Triennial Survey, by the Oregon State Marine Board.

Annually, more than 5000 boats are launched from the Port’s launch ramp.  Boaters from 127 Oregon cities and at least ten other states use Port facilities. Virtually all of the boats using Alsea Bay and River are trailered, with the average length of the vessel between 14-18 feet overall.

The following information is provided by the Alsi Historical and Genealogical Society:

Prior to white contact, the Waldport area was home to the Alsi (Alsea) Indians. The bay and river got its name from the Indian word Alsi, which means peace. During the winter, extended families lived in large plank houses located around the lower Alsea estuary. From these small villages, they traveled to campsites between Seal Rock and Tenmile during the year to fish, hunt and collect shellfish and plants in season.

The first white settlers floated down the Alsea River, bringing all their food and building supplies by canoe and homemade boats to Waldport.

Salmon fishing was a major part of early Waldport history. Native villages in 1888 shared the bay with salmon canneries. The fishing nets were made by hand and repaired with the wood needle. In 1937, 137,304 pounds of Chinook salmon were netted. Commercial fishing was closed in 1957, leaving the salmon for sport fishing.